This is a little short story in the form of a poem I wrote a while back. I hope that for anyone who reads it you will have an open mind and enjoy.

Definition: A spiritual being attendant upon God.

She hovers over him watching with care,
As he sits – void – on the tiled bathroom floor gripping his hair.
He’s distraught, eyes red, body convulsing…as he’s governed by whim,
Flinching, he looks to the heavens and clamorously screams.

“God, help make this clear!
Take away all my doubts and please eliminate my fears!”

A single tear slides down her delicate cheek,
Knowing his chances are certainly bleak.
She feels his anguish as he howls in pain,
She knows his prayers won’t go in vain.

But she’s losing him, he’s slowly slipping away.
Now with tear stained cheeks, he looks up again and says:

“My life isn’t how I’ve wanted it to be.
I used to be so happy and filled with reverie.
I had it all, never wavering with despair,
But the pressure became too much to handle, too much to bear.
So, now I’ve turned into a basket case,
Crumbling, destructing at a quickened pace.
And I’m begging for your forgiveness, this is my last resort,
I’m slowly dying now, a selfish fate I’ve sought.
But, if you would miraculously give me a second chance,
I could rewrite my wrongs without another glance.
And save the heartache of the ones I love,
Apologizing endlessly to them and to you above.
For the callous hatred that contaminates my soul,
Pulling me away from you, now broken – now cold.”

She moves over to him as he gasps for air,
His words cut short, all muffled, none quite clear.
Knowing that this is not meant to be his fate,
She rebels and breaks the rules, before it’s too late.

A white light shining, illuminating, blinding his sight
So stunningly beautiful, so magnificently bright
He blinks a few times as his vision gains focus,
Gasping in shock at this creature’s ‘hocus pocus’.

“Wha – what’s going on?” bewilderment laced on his face.
“I’m here to help you child. This is neither your time nor place.”
“Huh? Who are you, or what are you really?”
She smiles at him now, thinking he’s being cute and silly.

“Why, I’m your guardian angel of course, can’t you see my wings?
The heavens dance every time we hear you sing.
Our earth angel, we don’t need you home so soon.
Why are you ending it, timing your impending doom?”

She’s focused on him and he thinks he’s already dead.
For sheer radiance and perfection is what she bred.
“Is this heaven?” He’s at a lost for words, rendered speechless by her presence.
If he could move, he would, but the drugs have numbed his essence.

“No, we are here in your bathroom no less.
Because you hate your life and I feel your distress.
But this is not the way things are meant to end,
He heard your prayer love, we are all your friends.
You were never in any of this alone,
It saddens me, only now you’ve decided to pick up the phone.
He’s been waiting for your call for some time now you know.
Hoping you would have been brave enough to stand up and show,
All the things you desperately needed him to do for you,
All you had to do was ask and we’d see you through.”

She stops when he tries his utmost best to stand.
Grinning sweetly, she extends to him her hand.
Gripping tightly, he forces himself to his feet.
Inhaling sharply, he will not succumb to defeat.

“I can’t believe this is happening. Is this some sick dream?”
“No I’m quite real now, despite how things may seem.”
“But what can I do? It hurts so agonizingly bad.”
“Don’t worry, they’re on their way to save you so don’t be sad.”

He coughs roughly, the drugs finally taking effect.
Looking into his angel’s eyes, his terror she detects.

“I won’t let you die here in pain and in vain,
I’ll save you sweet child so you can live again.
Just hold on a bit longer, they’re on their way,
Walking up the stairs of this house as we pray.
Lie now, you’re tired, but I promise you’ll wake.
To a different lifestyle and perspective, your soul he won’t take.
But promise me if you ever relapse and feel like giving in,
Talk to him first; make him your first love – let him be seen.”

With those words said, she kissed his head and placed him to lie on the floor.
Losing consciousness, blurry, all he saw was a figure burst through his door.
The screams and shouts were faint, hazing to his ears and memory.
As his entire world became black, pulling him into the depths of a bittersweet serenity.

Shooting up in cold sweat he gazes at his surroundings.
Pale walls, a high bed, stained glass windows, were part of his findings.
“I’m in the hospital?” He whispers, hearing someone to the side call his name.
Diverting his gaze, he locks eyes with a woman, instantly feeling ashamed.

“Ma?” He chokes, his voice horse, raspy in tone.
“It’s ok baby, rest. I feared that we were too late when we made it to your home.”
She looks at her son lovingly, knowing he needs professional care.
But for now, she’s glad that he’s at least breathing, his lungs taking in air.

Before he can respond, the doors to his room fly open.
He’s greeted with all his loved ones and a man named Dr. Beethoven.
It rolls off his tongue like music to his ears,
Beethoven’s warm, bright smile setting him at ease, calming his fears.

The doctor looks at his clipboard, gray streaks overtaking his light brown hair.
Then he looks up at the young man voicing: “You gave us quite a scare.”
Nodding weakly, the young man replies with an “I’m sorry, I made a mistake.”
His best friend now interjecting, touches his shoulder saying: “It’s ok. There was so much you could take.”

Suddenly, remembering the dream he thought he had,
The young man looks around the room frantically for any sign of her, immediately becoming sad.
“What’s wrong baby?” His mom asks, when he sulks into the bed.
“It’s nothing really. I’m just tired and feeling a little bit dead.”

“Ah yes, as how you should be with the overdose you ingested,
But for some reason the drugs didn’t take effect – until your family arrived were they digested.
I’d consider it a type miracle of some sort,
But I’m going to pass it off as sheer dumb luck.
We are, however, thrilled that you are here with us today lad and understand your mistake.
But, please remember this is not the way, no matter how much you think you can intake.”

And with those words said, the young man watched the doctor as he left,
Leaving him alone with his family, to discuss their next step.
As they conversed with relief, content that he was back with them to stay,
He couldn’t help but drift, thinking of his angel and the way her eyes twinkled in dismay.

It had to be real, because he felt her delicate kiss on his head,
And he remembered her words that burnt through his soul, when he thought he was truly dead.
As he thought about her, so angelic and free of flaws,
He smiled at his loved ones realizing the ‘big guy’ heard his desperate calls.

Now smiling down on him, filled with compassion and love,
Unknown of her presence again, she hovers over, once again from above.

Deep down, the young man knew it was a dangerous tale that ended well,
And he had no one else to thank but his loyal and trusting guardian angel.

No matter what you go through in life, try your best to never give up, because God is always there, caring, loving, watching and waiting for you to ask for his help so he can guide and protect you along your journey in each and every way, each and every day. 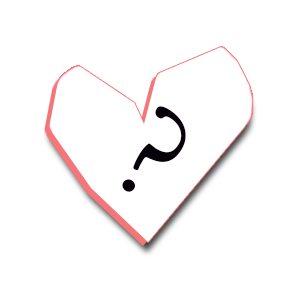 What is love? Love is, a word made up of four letters from the alphabet Well yes but, not really. Maybe it’s […]